This is another post devoted to my older ink artworks that (for the most part) weren’t included in my current portfolio. This particular compilation is all about marine adventures and dark art motifs.

I love underwave theme, regardless of whether it is a realistic point of view or a flight of fancy. There is something mysterious in the world of underwater creatures – and so familiar at the same time.

Currently, I’m thinking about a new series of drawings – the theme is sea / river life. Main details are already designated, and I am quite sure that some elements of these artworks will appear in the new series. But it will be much more large-scaled and great than it ever was!

Many of these artworks are available on great apparel, home decor items, as wall art, stickers, etc. I’ll put the links to DesignByHumans and RedBubble just in case if somebody becomes interested.

Everything here is about dark art: a skull, fishes, and anchor. I think it is telling a story!

I created this artwork back in the 2015 year, in times of passionate admiration for gothic motifs. Isn’t it romantic to be in love till your last breath?

Want to catch something alike? 😀

Experimental mixed media artwork: I wanted to create something very refined and detailed. Probably that’s where my admiration for the multiobject frames starts from.  I love mermaids and collecting as many sea creatures in one place as possible 🙂 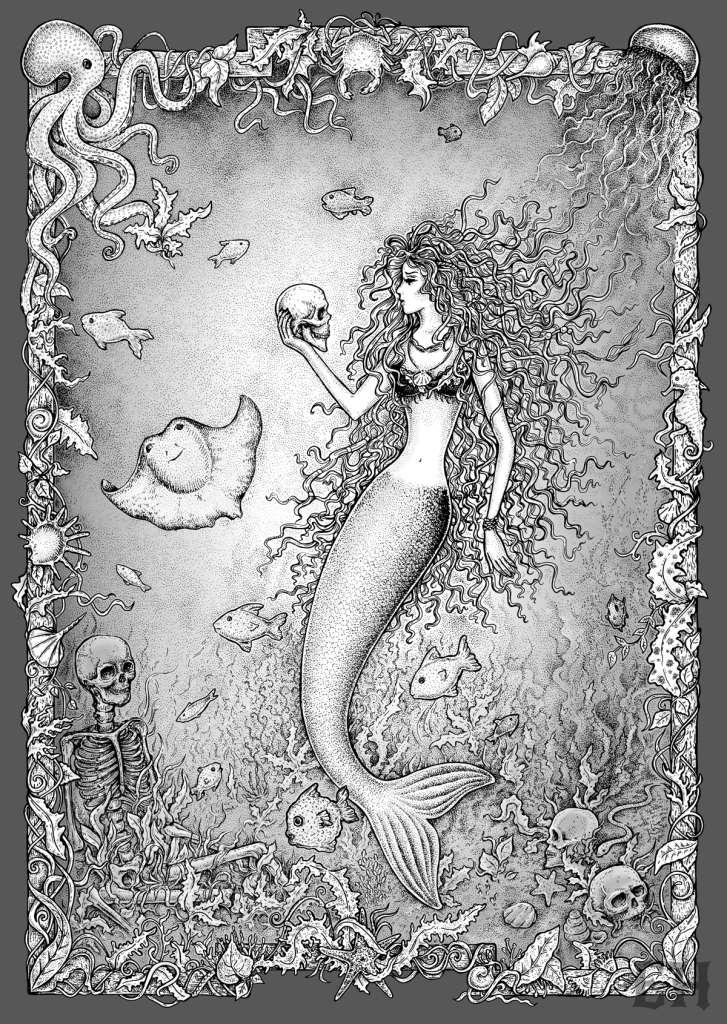 There can’t be too much of mermaids… Marine Beauty 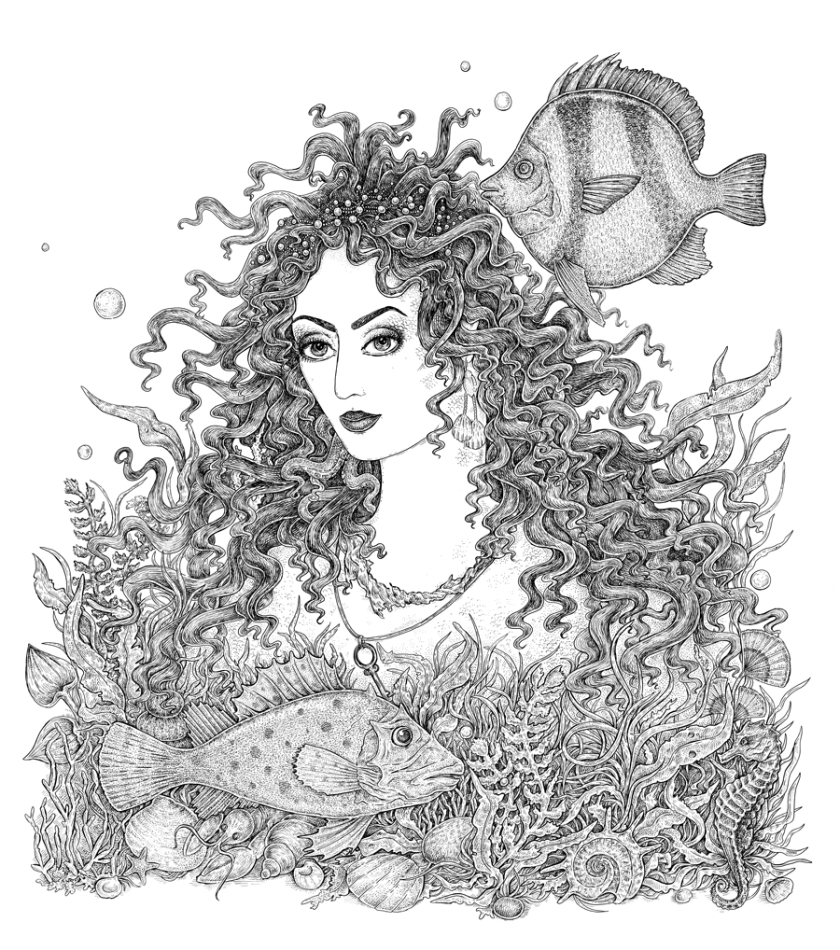 Gigantic Octopus and the Sunken Ship

Another fantasy story. This is a special artwork – it was one of the first pieces that I created after making the decision to devote myself to the ink art.

My tribute to the fishing theme. Various fishing lures 🙂

I hope you enjoyed the collection! 🙂